In my previous article I talked about what consensual non-monogamy, or CNM is. Let’s turn to why you might choose to live this way. Remember, consensual non-monogamy is not one thing, there are infinite variations that combine varying degrees of sexual, emotional and romantic exclusivity and non-exclusivity. Here are 10 reasons people opt out of traditional monogamy, in no particular order:

Like I mentioned in my previous post some people identify as non-monogamous as orientation. It is simply who they are. The best way to understand this is perhaps to think about sexual orientation. Our sexual orientation is not something we choose, we don’t say: I decide to be heterosexual, bisexual or whatever it might be. In the same way someone might know with certainty that they are in fact monogamous.

4. A difference in sexual desire

It is very common that in a couple one wants sex more than the other one. It is a common preconceived idea that in a heterosexual couple the woman wants less sex than the man, but it can just as well be the opposite. There are ways of understanding desire and working with it together which can solve these problems without turning to non-monogamy. However, a consensual agreement that one partner can satisfy their needs elsewhere can be a solution in some cases.

Asexuality is an orientation and asexual people have no interest in sex. This of course can be problematic if the other person wants sex. In such cases non-monogamy can be a good alternative of both parties agree.

5. Infidelity can lead to consensual non-monogamy

Some couples have a relationship crisis. Maybe one or both cheated and it forced them to work through the root cause to the problems. I have seen examples of couples coming into a consensual agreement to have sex with others this way. One couple said: “We are married. Both cheated. Then we realised it is better to have sex with others together than to be unfaithful” This can be a constructive way to move on from infidelity if partners want to stay together and if unmet sexual needs was part of the reasons for the side step.

6. Falling in love with someone else

Most people have this idea that if you fall in love with someone else you cannot still love your partner. Meanwhile no parent would likely say that they started to love their first child less when the second was born. The difference is that for this love to expand is culturally expected. In society’s eyes, love for friends, family and pets can grow, whereas we have only been equipped with a finite amount of romantic love, enough for one person at the time. If you accept the idea that it’s possible to feel romantic love for more than one person at the same time, then the love for one person does not need to mean the end of another relationship.

7. A difference in sexual function

Some people do not want to limit the expression of their sexuality to one person for life. They want to experience the personal growth that can come from having multiple partners. CNM can be a catalyst for both development of a relationship, but also for personal development. CNM allows for increased freedom which can benefit self-expression.

Many people have had their sexual expression hampered by societal, religious and cultural norms. Those who are strong enough to cast off this invisible cloak of shame can embrace their sexuality and feel a desire to explore all of its potential expressions. These people acknowledge that it is perhaps not realistic than one single person should be able to fulfil all of our sexual needs.

We are by default “opted in” to monogamy in society. Few people question it. But some read into the history of monogamy and take a standpoint that actually this default view does not align with their values. This can include reasons such as:

So, those were some reasons why people practise ethical non-monogamy. If you are curious whether this can be something for you I encourage you to think your own “why”. This is good to know because CNM is not an easy ride, it requires work. It’s possible that even though you and your partner agree that CNM could be something for you, that your respective reasons why you want it are different. There is nothing wrong with that but it is good to talk about it in order to avoid misunderstandings down the line.

If you would like to speak to me about this topic, contact me to book a consultation. I would love to hear from you.

Own survey among 157 Norwegians who practise ethical non-monogamy, conducted in 2020

Race, Monogamy, and Other Lies They Told You, Busting Myths about Human Nature, Agustín Fuentes, 2012 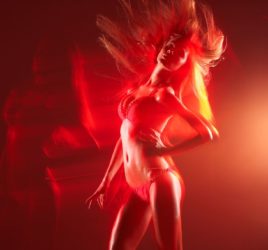 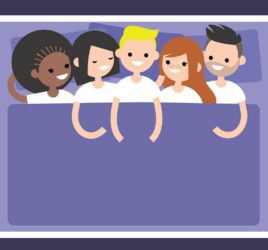